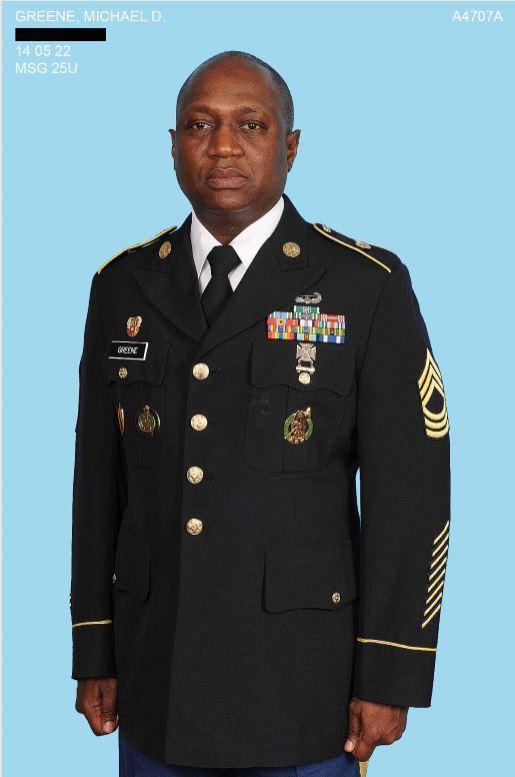 During his Army career, he has held a variety of leadership positions throughout, ranging from a Combat Signaler to First Sergeant.

As an AJROTC teacher, he serves as the Noncommissioned Officer (NCO) who assists the Senior Army Instructor at the school in conducting AJROTC activities.

MSG(R) Greene currently holds a Bachelor’s in Social Science, and a Minor in Military Science.

MSG(R) Greene is married to the Lovely, Sharon Greene﻿.