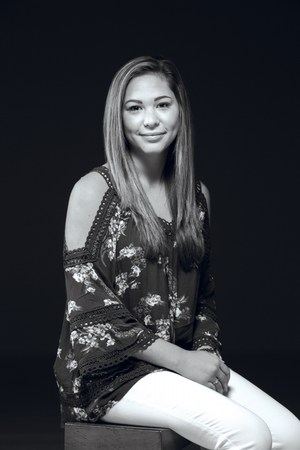 The impact one person is making on another can never be underestimated. For Madison Dinkins, it was her small group leader, McKinsey Cook, at church who was committed to helping children living on the streets in Uganda. When McKinsey tragically died in a car accident in 2015, Madison wanted to carry on her legacy of helping children in need right here in Columbia.

Madison created a program called The Birthday Box. Through this program, wrapped birthday gifts are placed in homeless shelters throughout Columbia so that when a child living in one of the shelters has a birthday, he or she has something to celebrate and a gift to open. The gifts are labeled by age and gender, so that the child receives something suitable.

The program has been so successful that Madison currently has birthday boxes in five shelters in Columbia with plans to add more. “The most difficult and challenging part of creating and growing my program was getting shelters involved in the beginning since they did not know what it was,” says Madison. “Once I got a few shelters on board, it was much easier to talk to other shelters to also get them involved.”

Creating a successful program such as this is no small feat, especially for a teenager in high school. Not only is Madison committed to growing The Birthday Box, she is also active in her school and the community, volunteering for the Ronald McDonald House, promoting and raising money for the Leukemia and Lymphoma Society, and raising money for the Children’s Miracle Network.

Being able to see firsthand the positive results of helping others has been so fulfilling for Madison. She had the opportunity to attend a small birthday party for one of the children living in a family shelter. She was able to give the child a gift out of The Birthday Box and watch him open it. “Seeing the smile on his face was so rewarding and made me feel like I helped make his birthday extra special,” remembers Madison.

Madison has plans to grow The Birthday Box throughout South Carolina and possibly in other states. She encourages younger people to get out and help others as the impact it has had on her is as great as the impact it has had on the children. “I think it’s important for young people to give back to their community,” she says. “It teaches at a younger age that it’s not always about you, and you can help others in need. It’s a great feeling to put a smile on the face of someone you don’t even know. I want more young people to see how that feels!” Both the young and the young at heart should take note.