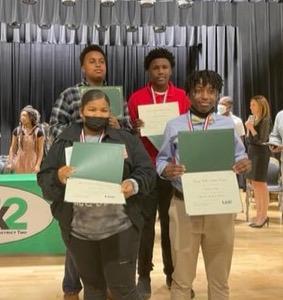 
The district program, established in 1990, recognizes African-American students in eighth through 12th grades who have demonstrated academic excellence.  It is named for Myrdis Walker, who taught for many years at the former R. Earle Davis Elementary School in Lexington Two.


An induction ceremony was held March 29 at the Lexington Two Innovation Center.