'It has been a blessing' 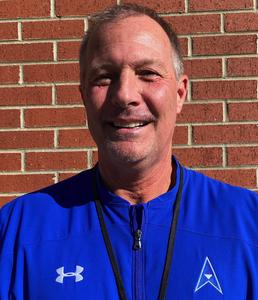 After decades of accomplishments as a coach and AD, Airport's Kirk Burnett announced this week he is stepping away from his current roles

WEST COLUMBIA SC – Kirk Burnett has been involved in athletics at Airport High School for decades, first as a player, then as a coach and athletics director.


“My whole life has been around sports, from playing at B Avenue baseball and football to the Airport High Saturday basketball rec league when I was 9 years old,” said Burnett, who earlier this week announced that he is stepping away from his coaching and athletics director roles at the Lexington Two High School.  “I have been very fortunate to come back to the place I grew up in to work. It has been a blessing.”


Burnett has been Airport’s athletics director since 2004.  He started his coaching career as an assistant at Irmo High School before getting his first head coaching job in baseball at Spring Valley High School in 1993. In 1995, he was named the first-ever head football coach at Ridge View High School, where he also coached baseball.


Local sports reporters were quick to note Burnett’s many achievements after this week’s announcement. Thomas Grant of the Lexington County Chronicle called Burnett “the ‘dean’ of Midlands and Chronicle Country football,” adding “his 18 seasons at his alma mater made Burnett the longest-tenured active head football coach at a Lexington or Richland County school.” Lou Bezjak of The State noted that between Airport and Ridge View, Burnett tallied “158 wins and six region championships, four at Airport and two at Ridge View. He won four of Airport’s six region championships and led them to an undefeated regular season in 2009.” Among his many honors, Bezjak noted that Burnett is in both high schools’ halls of fame and has coached in the North-South All-Star game, Shrine Bowl and at last month’s I-20 All-Star game.


Burnett graduated in 1983 from Airport, where he was a football and baseball standout before going on to become a four-year letterman in the same sports at Furman University.


While he’s received accolades for his professional career, it’s many of the simple coaching moments that Burnett says he will remember and miss the most when he steps away from his current roles at Airport.


“Seeing a player score the first TD in his life. Making his first catch ever in football. Seeing our entire school on a Friday Night after a victory,” Burnett said.  And a favorite game day tradition: “Our pregame meal at Springdale Methodist Church, going strong for 18 years.”


Burnett says as a coach, he hopes his athletes see him as “always intense on Friday night,” but someone “they could come to about help with anything.”


“He has made an impact on so many lives, and Airport High is forever grateful for his dedication and leadership,” Principal Matt Schilit said.

Several fellow coaches also praised Burnett, among them University of South Florida head football Coach Jeff Scott, who tweeted that he “will always have a lot of love for Coach Burnett.”

“He gave me my first coaching job at Ridge View HS in 2003. Still to this day one of my favorite years in coaching,” Scott posted on Twitter. “I learned so much from Coach Burnett. Class act and difference maker.”


And what advice would Burnett have for those considering a career in coaching?


“Don’t worry about the ‘clock’ when coaching,” said Burnett, who will be staying on in his current Airport roles through the end of the school year. “You are never done.”