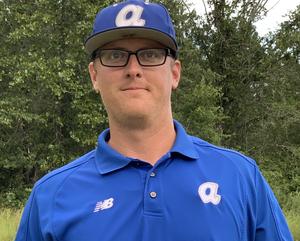 Casey Bradwell, who worked for 10 seasons as a member of Tim Perry's staff, has been named Airport's new baseball head coach

Casey Bradwell, who spent the past 10 seasons coaching as a member of Tim Perry’s staff, was named to the baseball head coach job last week. He replaces Perry, who will rejoin the college ranks as director of player development at Coastal Carolina University. Bradwell has served as Airport’s pitching coach since 2015.

Bradwell, who graduated from Airport in 2006, received a sports management degree from Winthrop University, where he played baseball for nearly two years. He started his coaching career at South Point High School in Rock Hill, where he spent two years before moving back home to Airport.

“I’m looking forward to continuing the development of our student athletes on and off the field and in the classroom,” Bradwell said. “We have a lot of hard-working kids who come to work everyday trying to get better.  I look forward to competing with them and continuing the success we have had over the last 10 years.”